JPark said:
It seemed like most of the rain missed us last night so I went out early to beat the heat and it was SLIPPERY! Big mistake.
Click to expand...

I will be there if I can get out of work at least close to on time, hasn't been the easiest thing to do lately so I can't promise anything.
S

I'm going to try to make it. I might be late, but I'll just follow the trail of clippings

I just got out of work, I'll try to make it next time.

JORBA.ORG
Lower trails got a full haircut all the way out to marker 7 at the 4-way. Thanks for all the help guys.

JORBA was well represented at the Sourland's VPP day.
Christa, Justin, and Patrick, all B'Burg residents made the short ride over to meet-up with George, our JORBA park steward.

We all got to the lot, and had to make the call to start our TM walk without a ranger!

Not two minutes into working the rose whips, hikers were thanking us for cleaning-up the trails.
We took a minute to talk to them, then went on our way knowing the work is appreciated.

A bit up the trail, Mike (English Mike) joined the party with some hand sheers!

Now two sheers, two loppers, and a rake, we made our way towards the 4-way intersection (marker 7.)
The trails have widened quite a bit over the last year, but the the multi-floral rose was determined to draw its blood.
All the overhanging and threatening whips were eradicated.

Around the sidewalk on the lower trail, we met Ranger Darren.
He thought we had already gone through and were working the upper trails.
Ends out that we had a communications breakdown which resulted in the rangers
not meeting us in the lot. Live and learn! It didn't slow anyone down.

Patrick split off from the group to work maple flats on the other side of the pipeline, and to pick
Ranger Darren's brain about possible new trails, and the use of battery operated equipment.
The door is open to both, but there are requirements. Perhaps they can be formalized?

The rest of the group continued towards marker 7 at the 4-way, where they met up with Ranger Agnes.
That was a wrap for the day, with more than 12 volunteer hours accumulated by a small, motivated group.

George, Christa, and Justin working it. 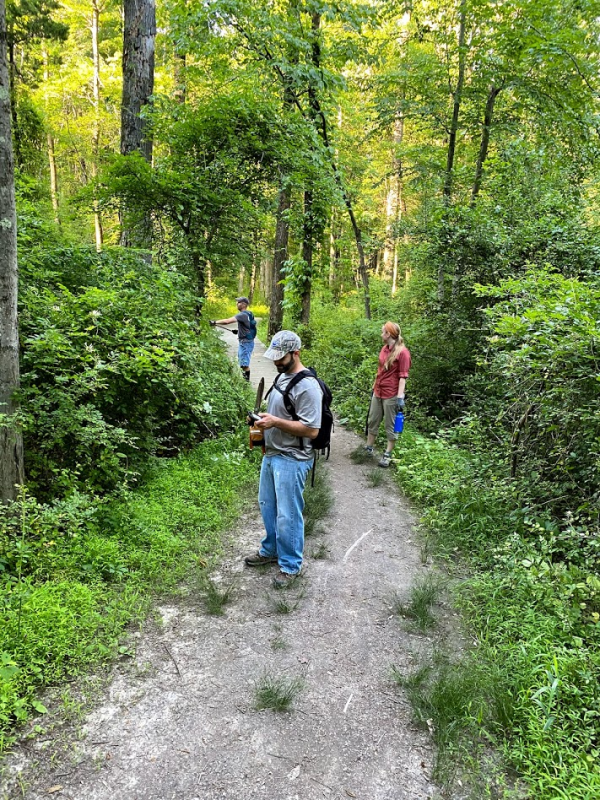 Trail braiding on Maple Flats. It was always over the rocks. 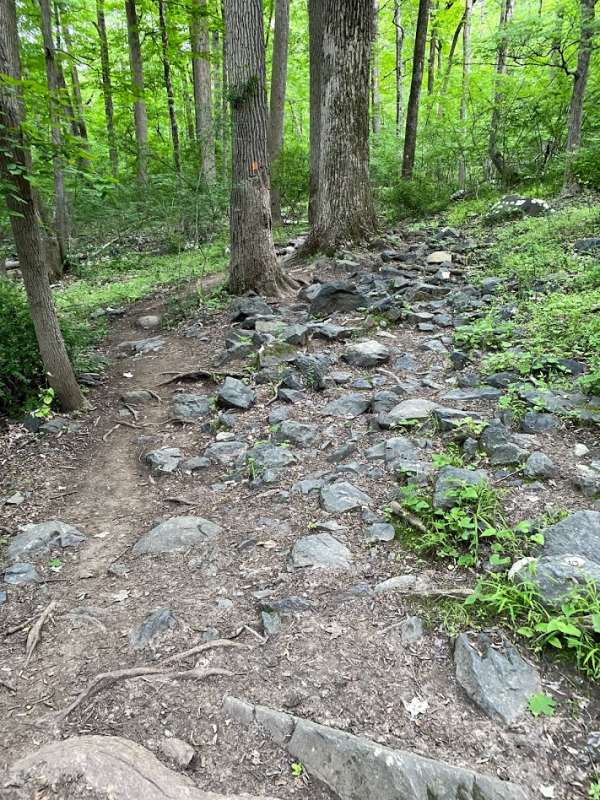 JORBA.ORG
Next official TM Day is Sunday 7/18 10:00am. Working on finalizing the plan but trying to find a short hike project. Come on out!

JORBA.ORG
BUMP for SUNDAY 10AM. We will have a short hike to just above Marker 1 on Yellow to make a recent reroute actually rideable by strategically placing rocks.

Is it rain or shine tomorrow?

JORBA.ORG
Heavy rain or tstorms will cancel. I'll post in the morning to confirm.
S

I'll be there in the morning. Weather forecast is good.

JORBA.ORG
Yup, we are on for today! See you guys there at 10am!

Staff member
I'm 50% right now - got some damage to take care of around the house.
nothing serious, just lots of clean-up.

Finally got around to replacing that missing board on the lower trail approaching the pipeline. 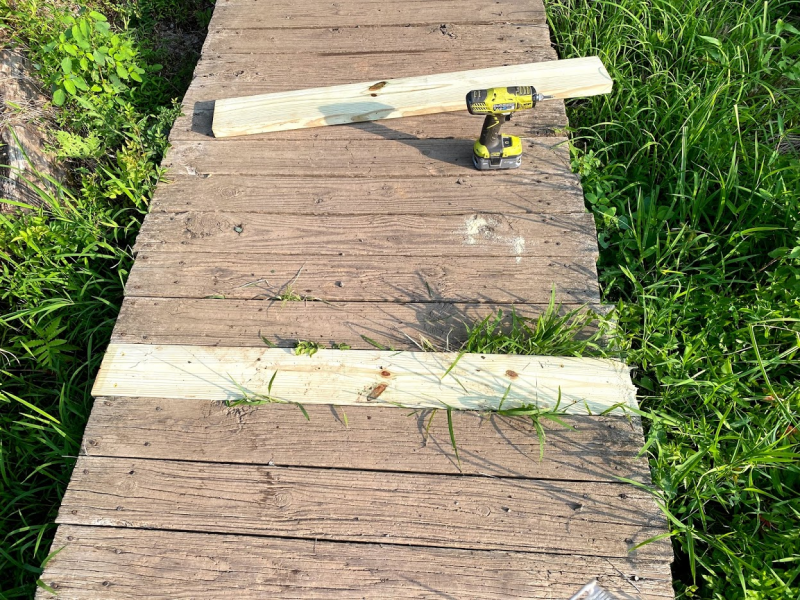 A crew is there repairing a gas leak! big-dig just above the pond, and below the lower trail crossing.
Last edited: Jul 19, 2021

JORBA.ORG
Alright, it's already time for the next TM day: Saturday 8/7 9am! We will try to do what was cancelled last time - short hike to marker 1. Come on out!

gmb3 said:
Alright, it's already time for the next TM day: Saturday 8/7 9am! We will try to do what was cancelled last time - short hike to marker 1. Come on out!
Click to expand...

Staff member
Out. Will get some in when I get back

Going to do my best to make it happen for Saturday.