Uninspired, but not Disinterested start to 2017

Team MTBNJ Halter's
thats what i has, the session. got it from some dude locally for dirt cheap barely used, i like that its small and just the on/off button works well. easy to turn on and off when your riding and can cut out the crap you dont want to record without thinking too much

I've been pondering a new, disc-equipped CX bike for a few years now, but I really am not turned on by the idea of buying a carpet fiber, disposable appliance, and the metal options are far fewer.

I imagine the stoke will be high every time you get on that thing.

And make the derailleur cable longer

Wait, wtf is this thread about again? Agree with Utah. You never know when you might need to lasso a stray cow down there.

Team MTBNJ Halter's
No O&B wrap or housings? I am disappoint.

I've been pondering a new, disc-equipped CX bike for a few years now, but I really am not turned on by the idea of buying a carpet fiber, disposable appliance, and the metal options are far fewer.

I imagine the stoke will be high every time you get on that thing.
Click to expand...

This is the first metal bike I've had in a while, and I'm pretty excited about it. Mostly because I can throw some wider tires on it, it will actually stop, 2x (even though I could have made my SuperX 2x again, just seemed worthless), plus the ability to do some gravel things in the future, if I ever could get around to that. Seems that there are tons of "gravel" events in Pisgah, and doing them on the Scalpel would suck, and I would never think about riding the SuperX down a actual hill.

And make the derailleur cable longer
Click to expand...

Thankfully I didn't touch that part, I just put the wheels on

Wait, wtf is this thread about again? Agree with Utah. You never know when you might need to lasso a stray cow down there.
Click to expand...

Good question, I've noticed posting pictures without words generates more responses, so I may start doing that instead...

You would have loved @SpartaBard bikes

I bet you won't take a video of you doing a wheelie on that thing!

rsinger814 said:
I bet you won't take a video of you doing a wheelie on that thing!
Click to expand...

my wheelie rating level on CX bike is super low

So I bet correctly. 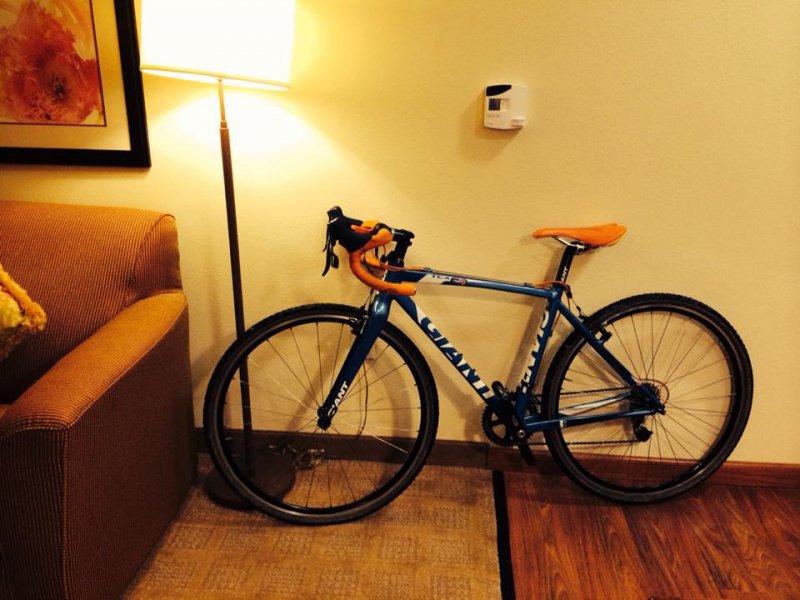 Why does your garage door have handles hinge straps if it doesn't have hinges? 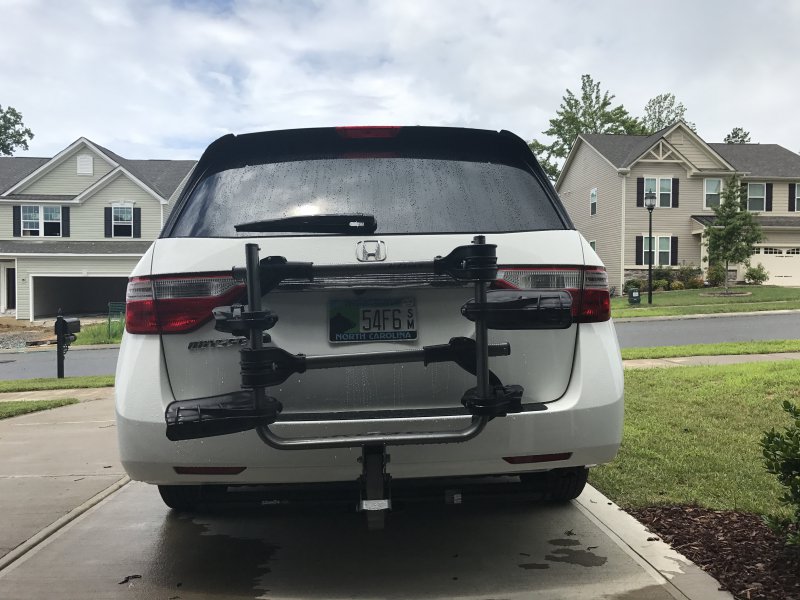 Team MTBNJ Halter's
The last weekend before real CX happened last weekend. I realized June 30th has been a long time since we last spoke and I didn't want to miss out and fulfill my duties in writing something for future purposes. Here comes some pictures before the words: 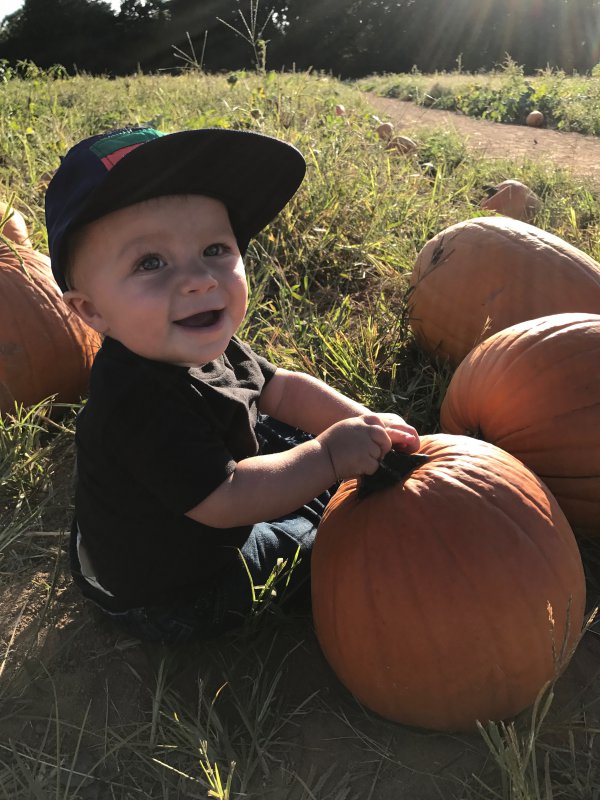 We picked pumpkins. It was fun. 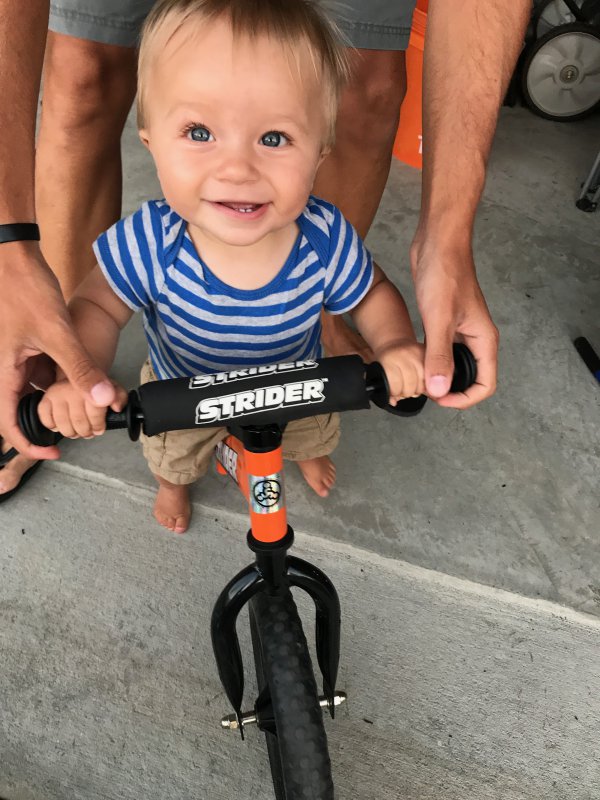 Jack isn't walking but he loves when we help him walk with this thing.

I found myself in between a rock and a hard place talking about cyclocross this year. Last year I winged it and it was not pretty. Well it wasn't bad, but just had my mind on other things. I didn't want to do that this year. I thought about it for a little bit and even reached out to Ken again, thinking about going down that rabbit hole of training with limited time. It works, but do I really want to do that this year? I needed to find a balance. I've been training for a long time and I think I can figure it out on my own. but I'm not that smart. I did some googling and ended up finding The Time Crunched Cyclist stuff. I was intrigued. Intrigued enough that I bought the book, even though I could find the CX training plan online. I browsed through it, but wasn't sold. I consulted with people I look up to and were kind of wishy washy, I have enough miles in my legs, do it myself blah blah. The line of having something to follow and just throwing it together week after week is something that could get off track.

I did a month of JRAing religiously, with bigger 2-3 hour rides on the weekends. Then, straight into Week 1, Day 1. I jumped in and the pain of the efforts felt good, I felt good. It felt good to do them. JRAing Monday through Friday for an hour alone during lunch isn't going to get it done, so why not bury myself? I started this kind of early because like all things, I like being as fit as possible for when the real races start. Another thing that came along with the intensity was the weight loss. Sometime in the early summer I was 165 or so, but since I've been keeping track, I'm down to 152. Didn't think I got that fat, but the scale don't line m'on!

The past 4 weekends was the QCCX pre-season series, in its first year of running. Had to support. Picture Ottos with 50-60 people. Not a bad turnout. I ended up having good races during all 2 of the 3 of them, (first one was a shock to the system) which I was happy about. I didn't write words down for them because the fields were small and nothing really too exciting. But the dress rehearsal is over and we are ready for the big show.

I've been running the Stans Grails/PDX's with awesome success, haven't burped them at all. They are heavier than my tubular set, but I'm torn on what to run or "prefer" to run just yet.

So yeah, just a catch up. Will write a couple words down and hopefully continue the first lap videos.