A weekend to remember. Mohican 100. 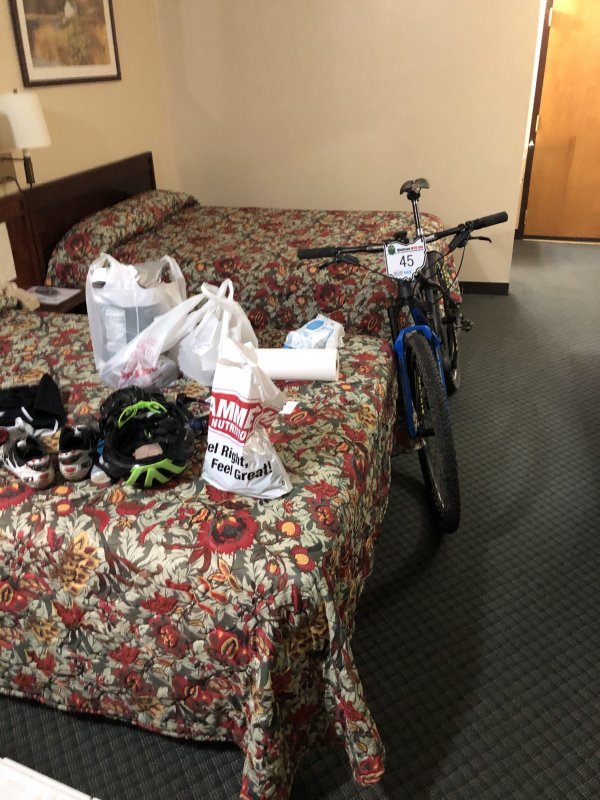 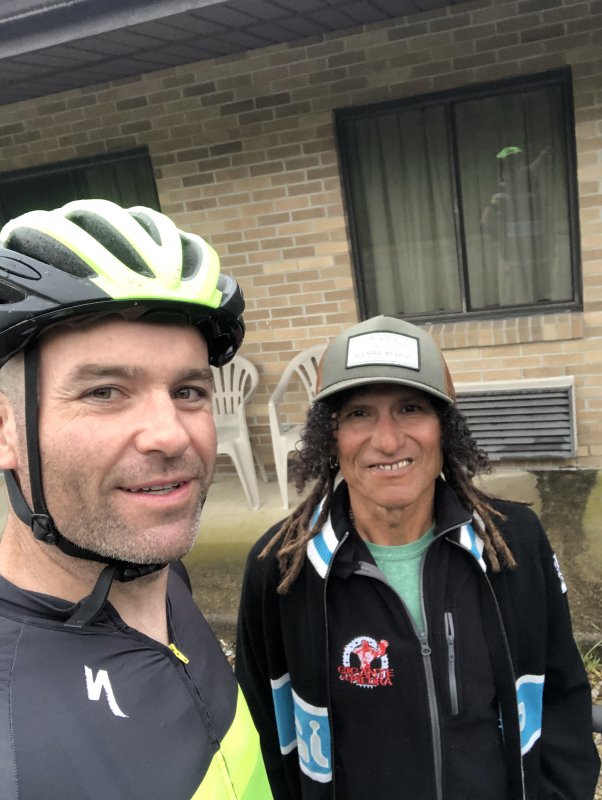 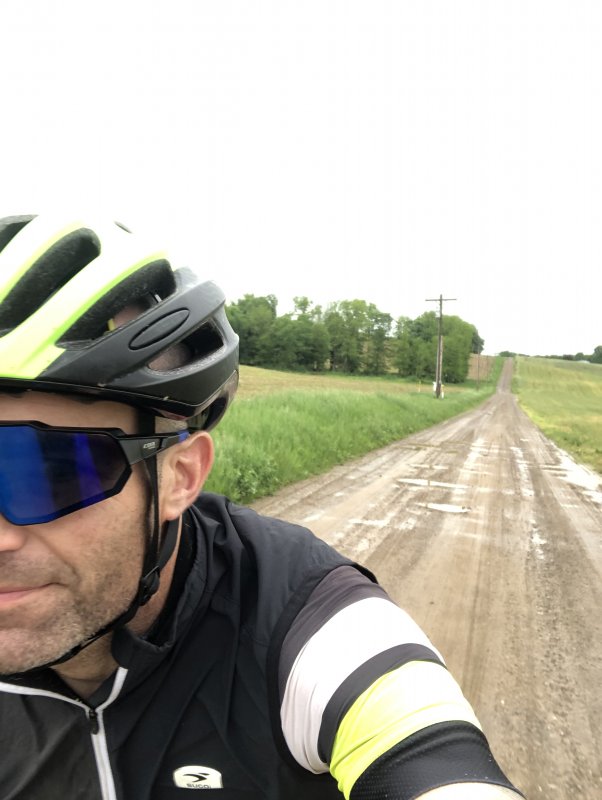 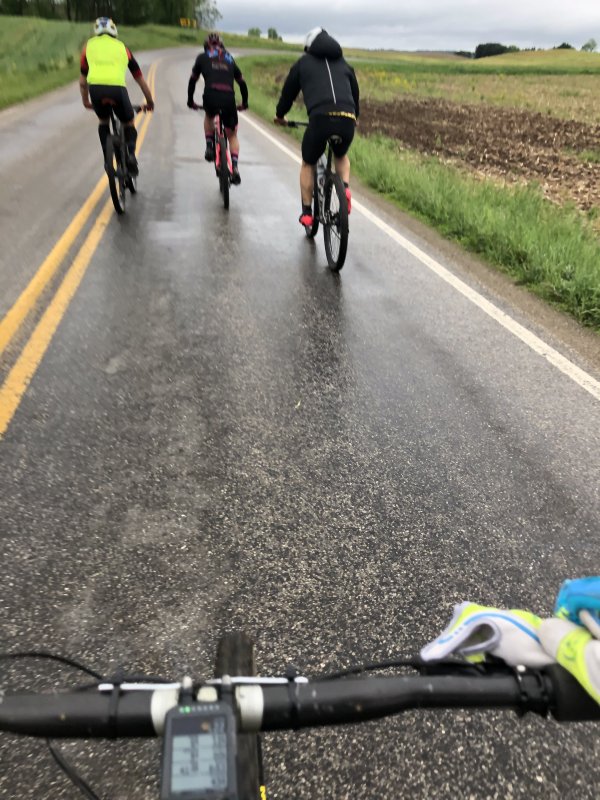 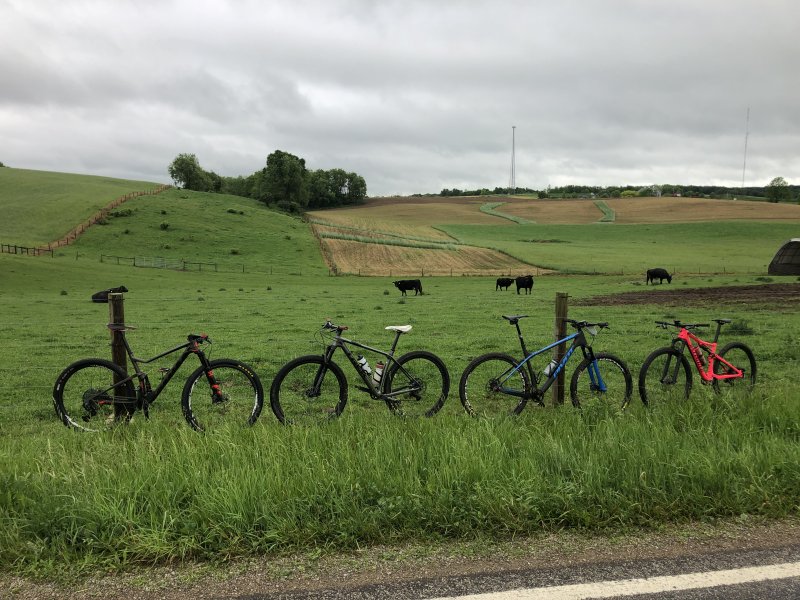 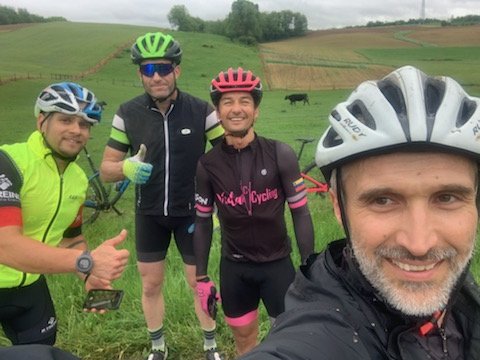 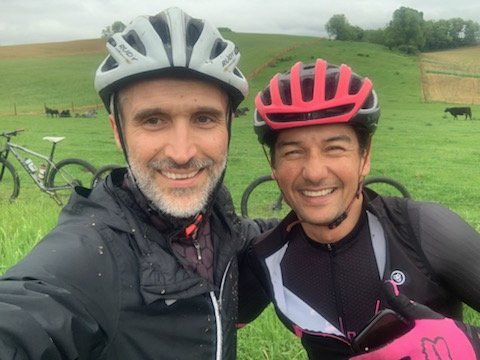 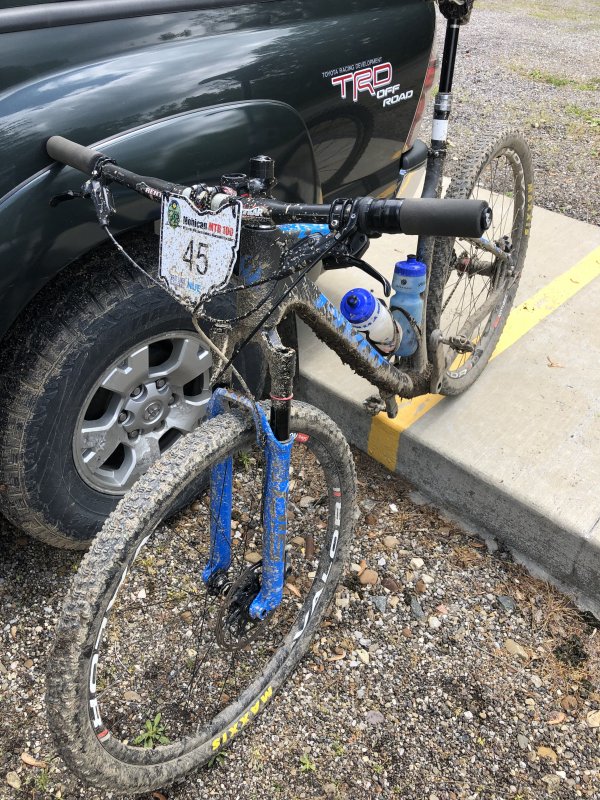 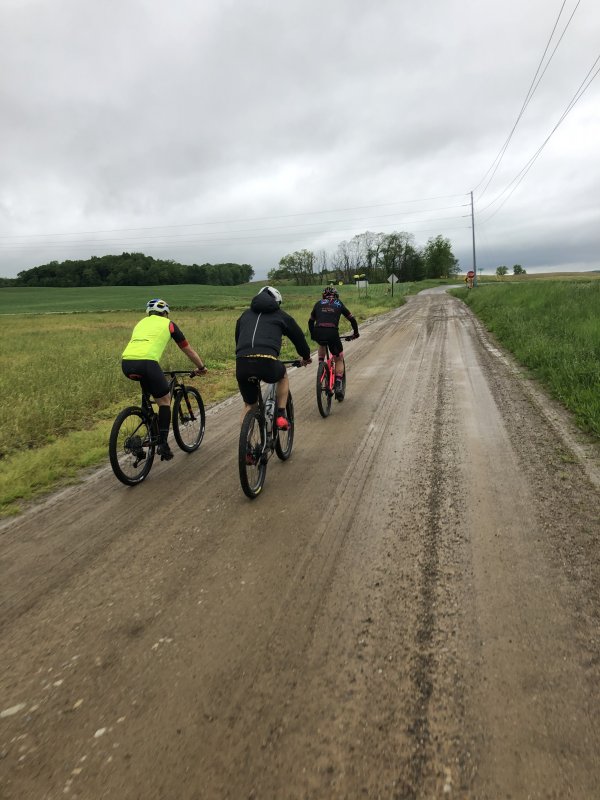 As an a bike racer some of us do it for fun, some of us do it just to win and some of us, well it's a passion. From the training, to the overtraining...the lows to the highs. This weekend was one of the most memorable. To give an example, you don't have THAT many memorable ones that really mean something so I will mention a couple from the past. My first H2H race, my first century, my first h2h podium with my buddy Jaime, The Longest Day, my first NUE(Wilderness 101. 2016), my first cat 1 podium with @pooriggy, my first endurance class win and some others. The list is big but this weekend tops it all...so far.

I decided to drive out to Loudonville, Oh for the Mohican 100 MTB race. This is part of the National Ultra Endurance series. Yea, I know, Covid-190, Social D blah blah.Well if the wife wasn't ok with it I wasn't going but she was so nah nah nah nah poo poo. I left early Friday for the 8 hour drive out. That's the tough part. But at the last minute Jaime C came through and gave his hotel room he wasn't going to use(thanks!). Well I arrived at about 3pm and check in, well guess who my next door neighbor is?! Tinker! My idle growing up and to this day! He is the true definition of passion. So. after meeting him and snapping a pic and being for a few I met Nelson Odreman, Emra and another Brazilian from NJ for a short preside and then dinner. Guess what? In Ohio restaurants are open for sit down! You don't realize what you missing until it's gone. SO typical burger and fries to load up and then head back to the hotel(200' away from the start). Typical night before the race...prep my drop bags and everything for the am, have a couple glasses of wine, fall asleep too late, wake up too often and eventually too early...but hey, now it's race day!

Ah, it's the day of the race. Nerves, weather, vibe, stomach...blah blah. Anyways, despite all of these I was a prepared and feeling good. I was going off at 7:03 (4th wave, 1st was at 7:00am). So, here we go. I am completely ready for this abbreviated rain version(80 miles). I have a pretty stout gear on(34-17)and man was it fast. I was with a bunch of geared guys who were dragging me along at 25mph until...1st hill, well that's where SSers do there thing. Geared guys do all the work on the flats and users do all the work on the hills. I was now solo for the next 5 miles or so. Eventually we hit some single track and man was it way wetter than expected(like peanut butter with wet roots and rocks). Still, the gear felt good. I was able to ride most stuff but definitely lost some ground. I found myself back on the dirt roads again and caught and dropped another geared guy in the rollers.

Fast forward a bit and I am now at the head of the Mohican Rail trail(6 miles of also flat paved bike path, followed by for miles of the opposite(slight downhill). In the perfect situation a geared rider comes up right as you enter and it was glorious! Ryan Johnson, a U23 racer and Team Cannondale advocate was the guy with another rider in tow. Well he was surprised I was doing 22mph on an ss so he offered to help. We pace lined for the next 10 miles. About 5 miles in I caught 2nd and 3rd place ss, and they latched on. I put somer digs in as I had a stiffer gear but these guys weren't going anywhere. So we decided to work together and this made the vibe of the race til the end. These was slow singletrack, sketchy decent, brutally steep climbs I could not make on my gearing. Anyways, I lost site of those two guys with about 10 miles to go but on the last big climb which I was walking I caught a glimpse of Eli Orth(the 2019 NUE SS series champ who was previously leading) and he was walking the climb too. Well there it was, he was the target. I got on the bike as soon as possible and drilled it to the end. I was cramping, hurting, suffering and ultimately thinking I was in 4th or 5th place. The end came rather quickly as we were expecting 80 miles and it ended up being 70 miles. Long story short, this is where all the hard work pays off. I ended up 3rd places an on the podium! I beat the NUE SS champ by 30 seconds or so. Second place was less than 30 sec up(but this was chipped time/staggered start so he wasn't actually 30 seconds up the road) and he took 2nd at Leadville last year. The winner was a young kid Thad who is Don Powers'(multi time NUE winner) protege.

So after the race I enjoyed the hospitality of Ryan(the race promoter and NUE series promoter, Nelson, Emra, Vinnie and their families(thanks for the Brazilian and Argentenian food!). I drank 3 IPAS, took a 2 hour nap and left for home to surprise the family(normally I drive home the day after. The kids were all surprised to see daddy this morning!

The last of the highlights were meeting Logan Kasper(the race winner and getting a Flow Formula discount code from him, seeing countless Amish buggies along the route, the views, the camaraderie and the stoke. Thanks to Ryan Dell for being one of the only promoters nationwide to keep his race going. This is why we put in all the hard work over the years. 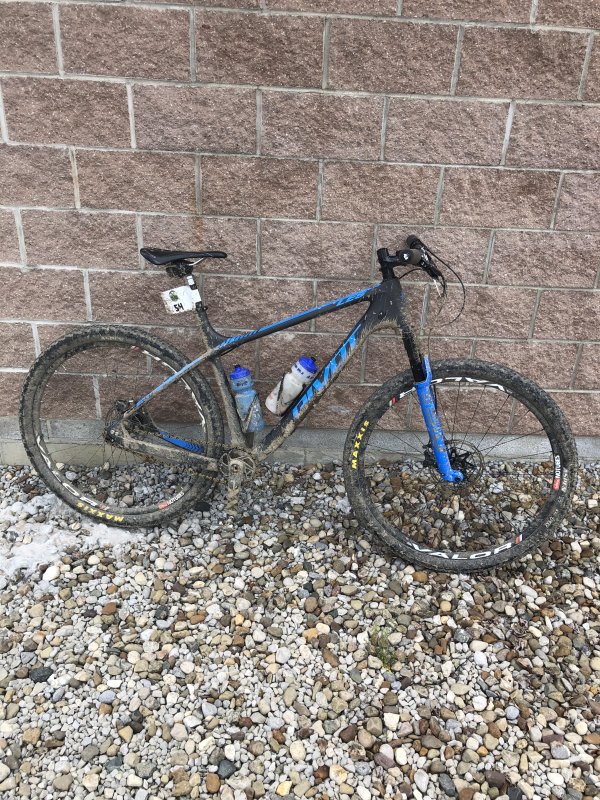 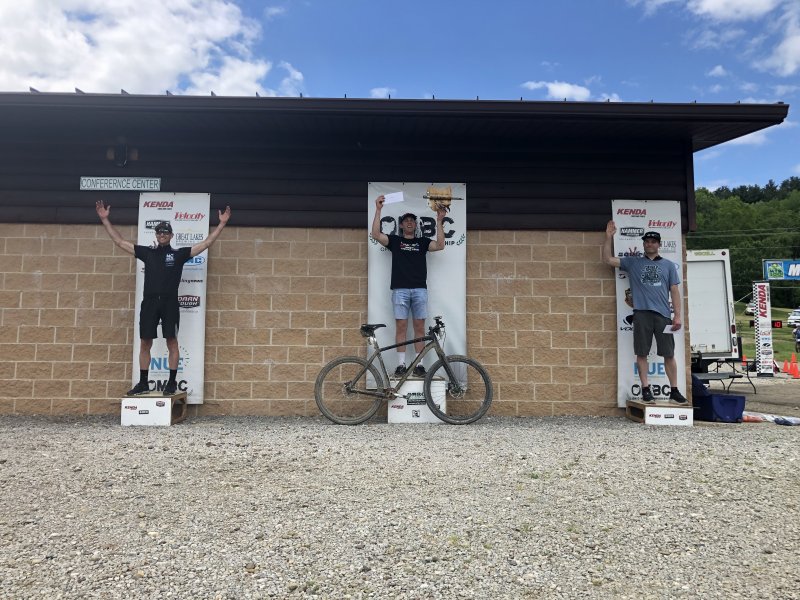 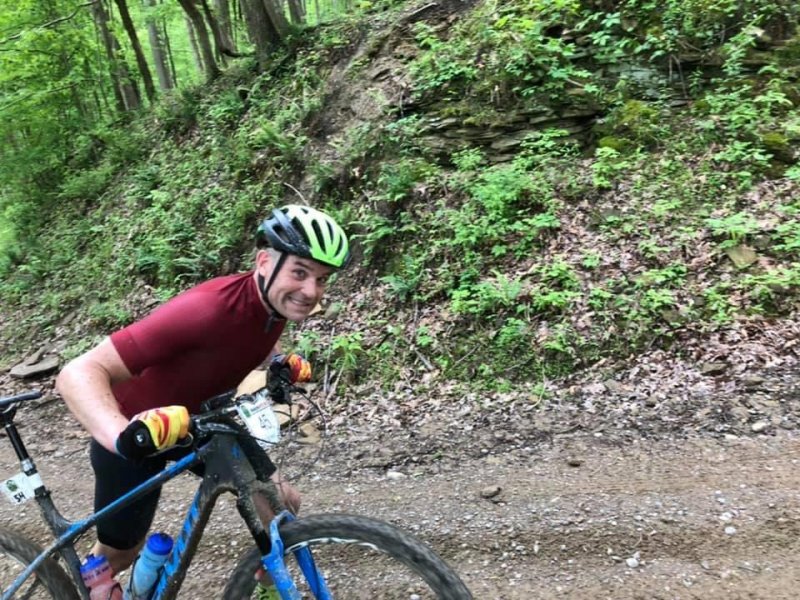 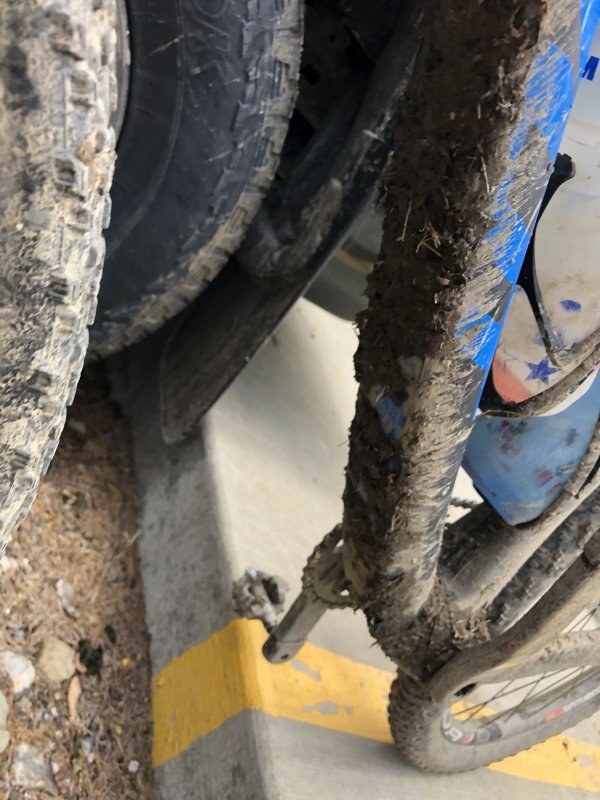 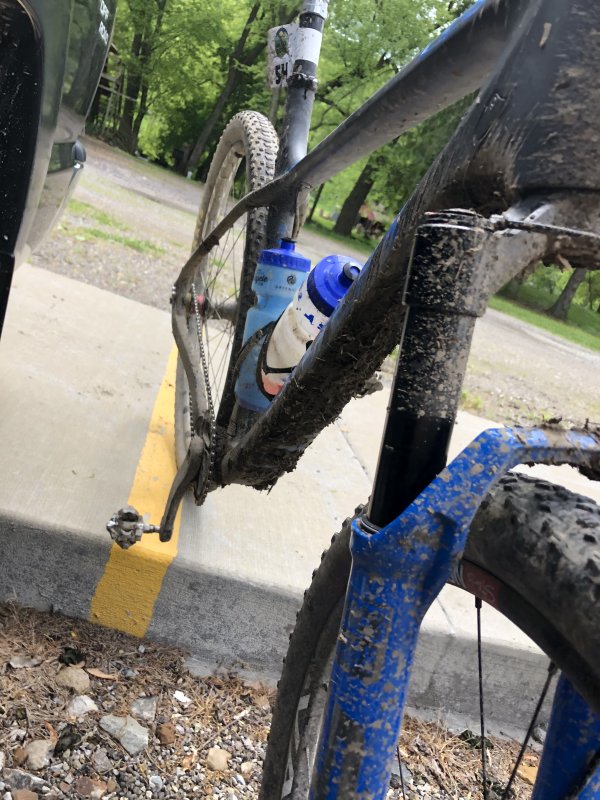 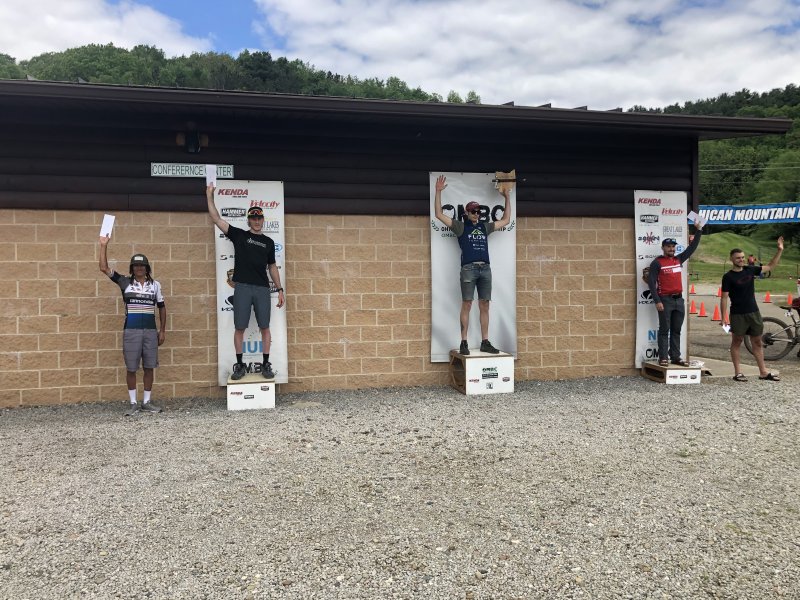 Team MTBNJ Halter's
Congrats. You drove home right after the race, what time did you get home?

pooriggy said:
Congrats. You drove home right after the race, what time did you get home?
Click to expand...

Raced ended at noon, I had 3 ipas, podium at 3, napped for two hours n then left. Home at 1am. Happy wife is a happy life!

Congratulations, Dave! That's a killer result! I was really surprised to hear they decided to go through with the race - so many reasons not to, only reason to do it was for the racers themselves. I wouldn't have gone myself, but I don't doubt that they did whatever they could to keep everyone safe. It's probably going to be one of the only races this season, so getting a chance to get on a national podium in a race is a big deal! Well done!

Staff member
Team MTBNJ Halter's
Awesome job @Dave Taylor ! Great job! That is an awesome race recall and what an event in meeting Tinker! Proud of you man

Wow. Congrats!
that’s my most memorable race and I finished nearly last

Not to be a hater but seems a bit risky at this point in time for the locals to be exposed to a bunch of bike racers from out of town. While bike racing may feel good; it is just not important in the grand scheme when health issues are in question IMO. Sorry to be the wet blanket but seems to be the logical response.

onetracker said:
Not to be a hater but seems a bit risky at this point in time for the locals to be exposed to a bunch of bike racers from out of town. While bike racing may feel good; it is just not important in the grand scheme when health issues are in question IMO. Sorry to be the wet blanket but seems to be the logical response.
Click to expand...

Neither are group rides at allaire with a bazillion new yorkers. It’s assymptomatic so you really have no clue who you are riding with at local parks or in a race. I got tested before I went and am getting tested again today. The only real answer is social distancing or shut all the parks down completely. I won’t get i to the politically motivated crap behind the biased closing of some retail but not other. Theorettically speaking we could shut EVERY single store down and use mail delivery only but...

Glad you are testing; good luck with your test today. Hopefully the other racers are following the same protocols. The group rides and people hanging out post ride drinking beers is confounding at this stage. But all we can control our own behaviors and try to inspire people to be thoughtful and limit risk. Again, not trying to be a hater, glad you had a good race. But it only takes one asymptomatic person for the multiplier effect to kick into high gear.

@onetracker “But it only takes one asymptomatic person for the multiplier effect to kick into high gear. “ correct, exactly why it’s silly to have any businesses open at all if you look at it that way. Wuhan style lockdown would be superior. However, I believe the end goal is to flatten the curve so hospitals aren’t overwhelmed which we have done and I see New York cases are dropping still as of this morning. So many have died because of a lack of treatment(overwhelmed hospitals) or for the most part “gravely” ill and elderly. These is no stopping the virus in site, only containing it a bit.

Congrats on the podium, a hard fought race, and a burger and fries inside a restaurant.

Team MTBNJ Halter's
Awesome Dave! Sounds like you really had it come together, congratulations!!!

Nice Dave. I see nothing wrong with racing or anything. If the multiplayer effect holds true I’m sure numbers will spike from the protests and riots. Its time to get back to life. If your going to get it you will. Anyway great job turbo. Glad you went and had fun.
You must log in or register to reply here.
Share:
Facebook Twitter Reddit Pinterest Tumblr WhatsApp Email Share Link
Top Bottom